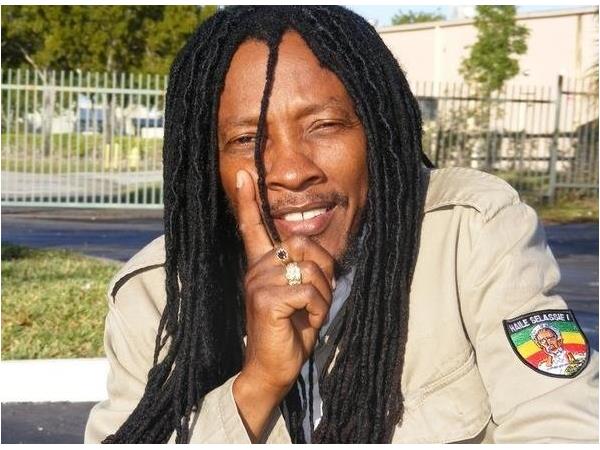 Hal Anthony, reggae artist, rhythm guitarist and vocalist of The Millennium Band. Born in the parish of Clarendon in Jamaica, and grew up in Kingston. As a teenager, he attended St. Andrew Technical High School and later transferred to Kingston Tech. At a very young age he had the pleasure of spending numerous hours in the company of various reggae and musical icons learning and growing. He developed a burning desire to become not only a reggae artist himself, but also a musician. His passion for the music was alive and burning even while attending high school when he joined the reggae vocal group, Beltones. Beltones became a popular group who went on to have a #1 hit song, “No More Heartaches”. They then changed the name of the group to “The Fantells” and went on have another hit song, “Hooligan”. For a short period of time, after graduating high school, Hal attended UWI to study a Supervisory Managerial Course under the tutelage of the late Rex Nettleford but continued to sing with the Fantells for a few years. After leaving the Fantells, he went on to join one of Jamaica’s most versatile bands, Fab 5, and for 17 years he sang and played music with Fab 5 and now credits the band in helping to mold and shape his career – not only as a musician, but also as an artist and performer. Hal was also influenced by some great musical icons like Bob Marley, Dennis Brown, Neil Diamond, his uncle Norris Weir (leader of the 60s group “The Jamaicans” with hit festival song “Ba Ba Boom Time” and other popular songs like “Things You Say You Love” and “Take Warning”), now a minister and popular gospel artist; his cousin Jimmy Cliff (actor and reggae artist from the “Harder They Come” fame). Hal is also cousin to popular Jamaican folk singer Olive Lewin; cousin to keyboard player Selwyn Brown of Steele Pulse band; and cousin to keyboard player Kewin Brown of The Millennium Band.

In 1989 Hal came to the United States and settled in S. Florida. It was not too long after that he started singing as a solo artist under the name “Alibaba”. He relocated temporarily to join his cousins in Maryland who were getting ready to form a new band (“Inner Force”) and needed a rhythm guitarist. This became a 2 ½ years relocation with the band touring with Al Brown throughout the United States. At the end of the tour, he returned to S. Florida with a yearning to form his own band. In 1998, after linking up with several musicians in S. Florida, the band “Real Rock” was formed. However, in keeping time with the turn of the century, the band members decided to change the name of the band to “The Millennium Band”. They’ve had rave reviews over the years and was dubbed several times by the Miami New Times as S. Florida’s #1 band. Over the years they have toured with and/or backed many top reggae artists, including but not limited to, Freddie McGregor, Ken Boothe, Marcia Griffiths, Glen Washington, Sanchez, Sean Paul, Ky-mani Marley, Anthony Cruz, Jose Wailers, Taurus Riley, Elephant Man, Anthony B., Big Youth, Lady Saw, John Holt, Bob Andy, Admiral Bailey, George Nooks, Leroy Sibbles, Luciano, Rita Marley, Pat Kelly and many others in the U.S., Japan, Europe, S. America and the Caribbean.

In 2009 Hal stepped out of the box and released his debut album “Reggae Man Ah Com”. He followed that up in 2010 with “Illuminations (Oh! Jah!).” Both albums are getting rave reviews. Hal Anthony & The Millennium Band just finished their first tour in Gridwood, Alaska. Alaskans thoroughly enjoyed the their brand of Cultural Roots Reggae music. Hal is now back in the studio with The Millennium Band and the melodious harmony singers, (“S.O.S. Sisters) working on a third album. Hal has that inborn passion to sing and perform and is rearing and ready to take cultural reggae music throughout the U.S. and around the world.