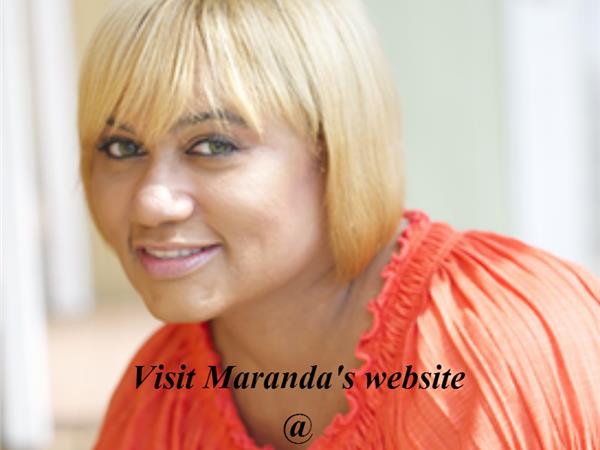 …make a difference in the lives of others”.and inspiration, she replied, “There is a force within me that grows stronger the more I am able toJuanita Bynum, Douglas Miller, Israel Houghton and Marvin Sapp. When asked what is her motivationMaranda has shared the stage with many Gospel artists including, Yolanda Adams, Donnie McClurkin,is a radio personality on WFBC Internet Radio where she is the host of “Mid-Mornings with Maranda”.of Information Systems Management with Honors from Keller Graduate School of Management. SheMaranda has a Bachelor’s of Science in Electrical Engineering from DeVry University and a MastersStellar Award winning “Producer of the Year” Derek “DOA” Allen.single, “No Greater Love” and her new EP, “You Give Me Life” August 1st where she collaborated withshe released her self-titled project, “Maranda”. On June 1st of 2014, Maranda released her newestMaranda began writing in 1991 and released her first CD entitled, “In Your Presence” in 2001. In 2005and other giants in the industry.by Warner Bros. to be the next Supremes. The group went on to perform with Prince, Paula AbdulAs a teenager she was a brief member of the Warner Bros. recording group “Teen Dream” groomedmusic theory knowledge.the Merit School of Music, a music conservatory. It was there, she received her vocal training andher family relocated to Chicago, Illinois where she and 161 other award recipients were accepted intofather and uncles practice for their weekend gigs in Atlantic City. Several years later Maranda andMaranda was born in Camden, New Jersey (home of RCA Camden) where she often watched herperformances, this wife of 23 years and mother of 8 children will change your life one note at a time.her powerful lyrics, angelic voice and passionatein the world and impact lives for time and eternity. Known formusic icon, she is a woman determined to make a differencemother, wife, radio personality and quickly rising internationalfull: singer, songwriter, producer, author, entrepreneur,Maranda Forney is a Superwoman who truly has her plate